Having spent years refining my diet in order to help support my health issues last Autumn I finally took the plunge to drastically reduce my starch & sugar intake, eventually ending up on a Paleo/Ketogenic diet, along with practicing intermittent fasting.

I had immediate success and lost 12 lbs, and what’s more, I’ve kept it off!

However, pregnancy expanded my waistline, which hasn’t budged & 4 months later I haven’t lost any more weight.

I use a nutri-ninja for shakes & fruit & veg smoothies, which I share with my son & have kept, except for a few slips, to the same strategy that lost me the initial weight, but nothing!

Being physically disabled I am unable to exercise as it would increase my pain levels exponentially so I wasn’t sure where to turn next.

Luckily there was an incredible activist on Facebook that I have a great deal of respect for who mentioned that she used a lifestyle system and with three children rarely gets the opportunity to exercise – she has an amazing figure so that caught my attention.

Having researched nutrition for over 15 years my first recourse was to check the ingredients and compare them to other systems. I found there simply was no comparison, it appeared to be the very best.

On the 4th January I had an online meeting with her & her passion & ultimately knowledge with regards to not only nutrition but even issues with my gene sequencing convinced me to sign up.

On Sunday 7th of January, I took the plunge & signed up and by 10:30 am on Wednesday 10th, even though it had to be shipped from the Netherlands, my order had arrived. 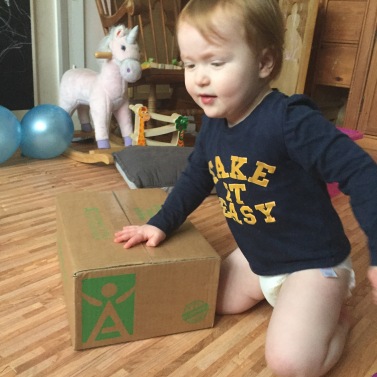 The pack even contained a measuring tape:

I had been naughty and ordered 2 packets of shakes off the Internet in my eagerness to start. When I mixed 1 packet of the Isalean Shake (59g) with 240mls/8oz of water in my nutri-ninja I was highly surprised by how creamy and thick it became.

And found myself so incredibly full after drinking it (will drink them slower from now on), that I decided to make up the next one, my last in stock at the time, with Chia seeds and turn it into a pudding so that I could split it over 2 days.

These were also incredibly filling!

So, now my system has properly arrived I have measured just about every point on my body, weighed myself & taken before photos

Feel free to Join Me: https://hbturner.isagenix.com